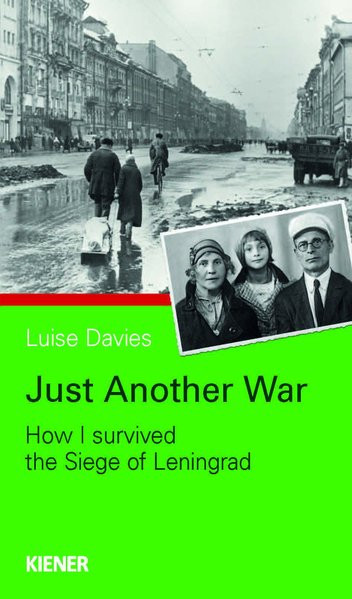 During that time, according to different estimates, between 500,000 and one million residents of that historic city died from starvation and hypothermia. But some think that the true figure was even higher.

Told in her own words, ‘Just another War’ is the gripping account of one person’s experiences during that terrible period in the history of that city, and how she survived, narrowly avoiding death from the effects of prolonged starvation, and the intense cold of the Russian winter.

This book also reminds the reader of the awful suffering inflicted on huge numbers of people by leaders who appear to be unconcerned about the consequences of their misguided ambitions – a scenario which, regrettably, we see repeated time and again, in the annals of human history.