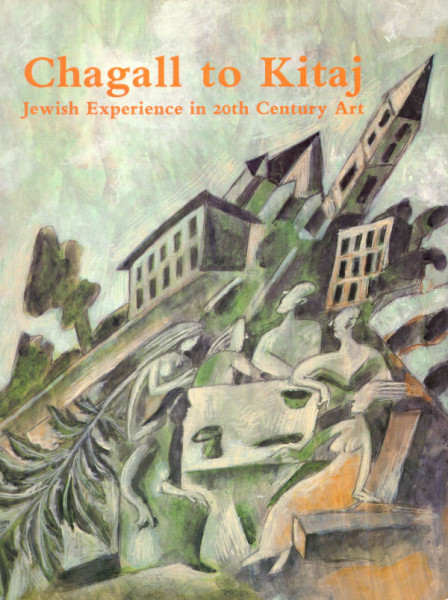 Beschreibung
Beschreibung
This companion volume to the exhibition at Barbican Art Gallery, London, brins together artists... mehr
Menü schließen
Produktinformationen "Chagall to Kitaj"
This companion volume to the exhibition at Barbican Art Gallery, London, brins together artists active in the broad stream of the mordern movement, whose responds to experience of the world at large and reflects in particular those Jewish themes and concern which have marked the turbulent events of our era.
Many of these artists, whether at home in England or the Americans, in Europe or Israel, have been immigrants or children of parents who were part of the large migrations from East to West. They or their parents have struggled to adapt and survive in strange environments and new landscapes while preserving their own cultural identity. Some of the artists were immates in camps or lived in hiding, others were about to build and defend a home in their ancient land. Many came from families deeply rooted in Jewish religious faith or Hebrew culture. Whatevertheir individual situation or personal history few could ignore momemtous events whic shook the very foundations of Jewish existence. As artists they reacted to a world in witch the value wich make human individual and communal life meaningful - faithand loyalty as well as family and friendship - were strained to the limit and testet in the crucible of unpredictable and inconceivable events. Among the artists whose work is included are Mordechai Ardon, David Bomberg, Marc Chagall, R. B. Kitaj, Jack Levine, Amadeo Modigliani, Mark Rothko, Chaim Soutine and Max Weber, but there are many others. In his text, Professor Avram Kampf analyse the work of the artists represented as part of a cultural investigations into the nature and significance of Jewish themes and motifsto art in our century.